Connecting you with your Basque Roots 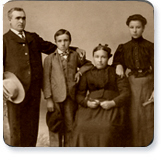 Get to know your ancestors and the places they lived and worked. Create heirloom documents to share with your family and pass on to future generations. Plan a family vacation to show your children where their Basque ancestors came from visiting ancestral homes and churches.

We can help you a little or a lot - You decide. We can get you started on your journey, or help you if you have run into obstacles.

Let us know how we can help you. We're looking forward to putting our expertise to work for you. Our research complies with the standards of the Board for Certification of Genealogists.

Do you know your 8 Surnames?

In the Basque Country many people can recite their 8 surnames by heart. Your 8 surnames are those derived from 3 generations of your family tree (not including yourself.)

To figure out yours, supply the surnames for the following people in your family:

How many ancestors do you have?

If you go back just 10 generations, you will find up to 1,022 ancestors from whom you have received DNA and who have passed on a possible 512 surnames.

In many cases, though, because of marriages between distant (and sometimes not-so-distant) cousins, we experience what is known as pedigree collapse, This means that our actual number of different ancestors may actually be fewer than expected in a given number of generations.

Traditional Basque homes or baserriak were often named after an identifying characteristic.

Often this was location. "in front of the bridge" Zubiaur, or " The high house" Goikoetxea, etc.

When the use of surnames became commonplace, the inhabitants of a baserri took the house name as their surname. In later centuries that surname was inherited regardless of where one lived.

Because of the traditional inheritance system, most descendants of a given surname lived in houses other than their ancestral baserria. 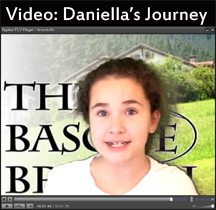